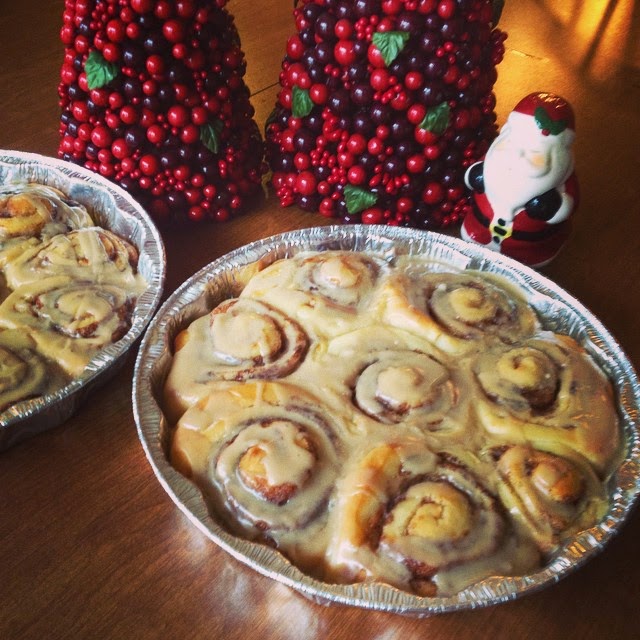 
If they gave a Nobel Prize for cinnamon rolls, the Pioneer Woman should get one for this recipe. I don't have words to describe the gooey goodness that is a pan of these rolls. They are that good. I just took seven pans of them to church for a bake sale. Pan #8 (the oddly shaped ends and such) stayed here and lasted exactly six and a half minutes after they came out of the oven.

Daddy-O had to taste them, of course. And, he tasted and tasted and tasted until the pan was empty. I got one bite just to make sure they were okay. They were way more than okay. Glad there was only one bite left for me because I'm not sure I would have found a stopping place.

I made no changes to her recipe. But I am making a few notes here that I think will make it a little easier for you if it's your first time baking them. Her recipe has wonderful photos that show you the step-by-step process. (I have a new appreciation for her. Cooking and photographing at the same time isn't easy.) Please go look at her recipe to see how she does it. 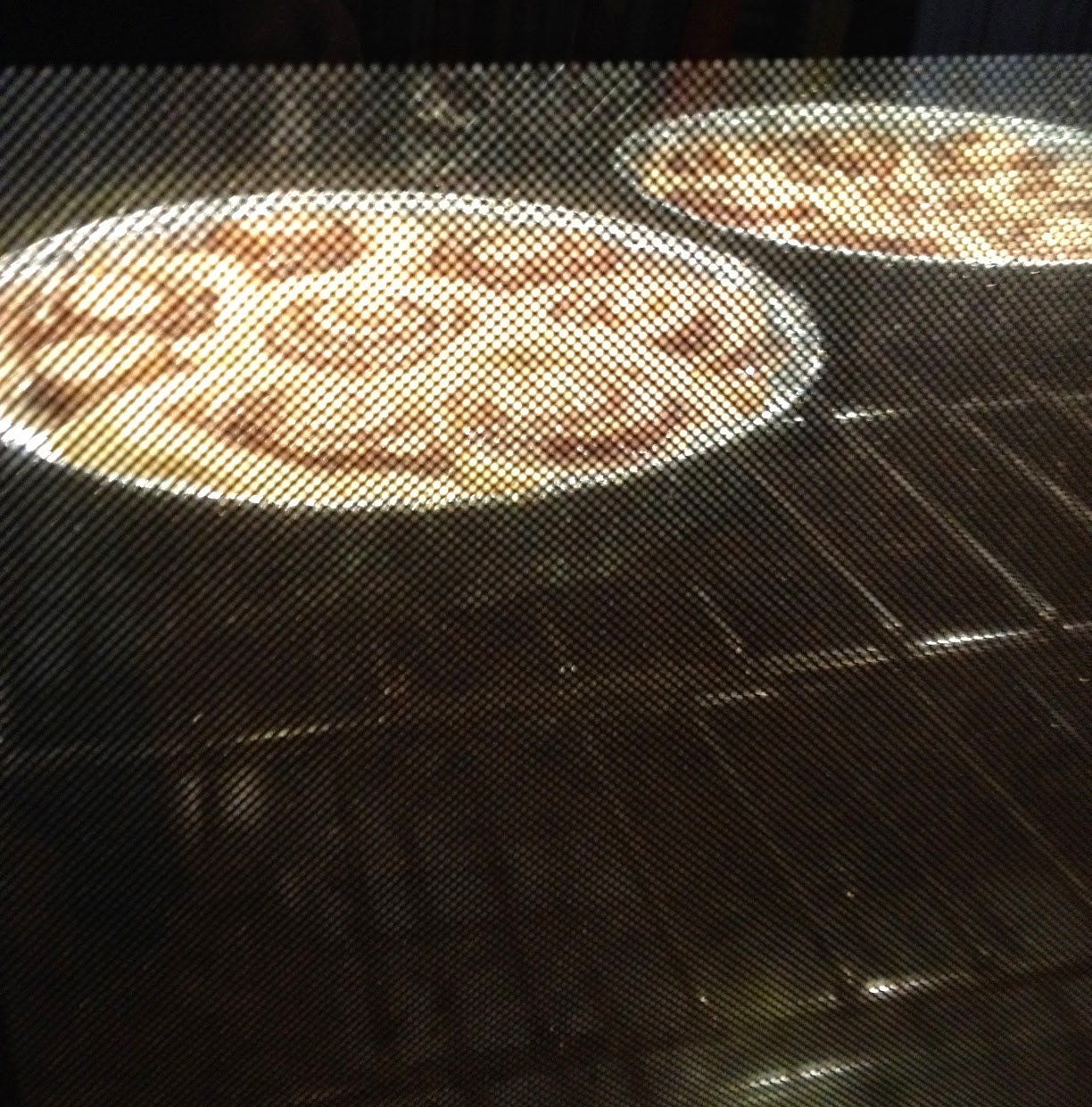 First pans in the oven.

If you have never used yeast, don't be afraid. This was an easy dough to work with. The big payoff is that you get SEVEN pans of cinnamon rolls. And, maybe a little taster pan for the baker.

Here are my own tips if you are new to this:

Now, go make some. Be brave and just follow the recipe. Release your inner child. It's a little like working with play dough. 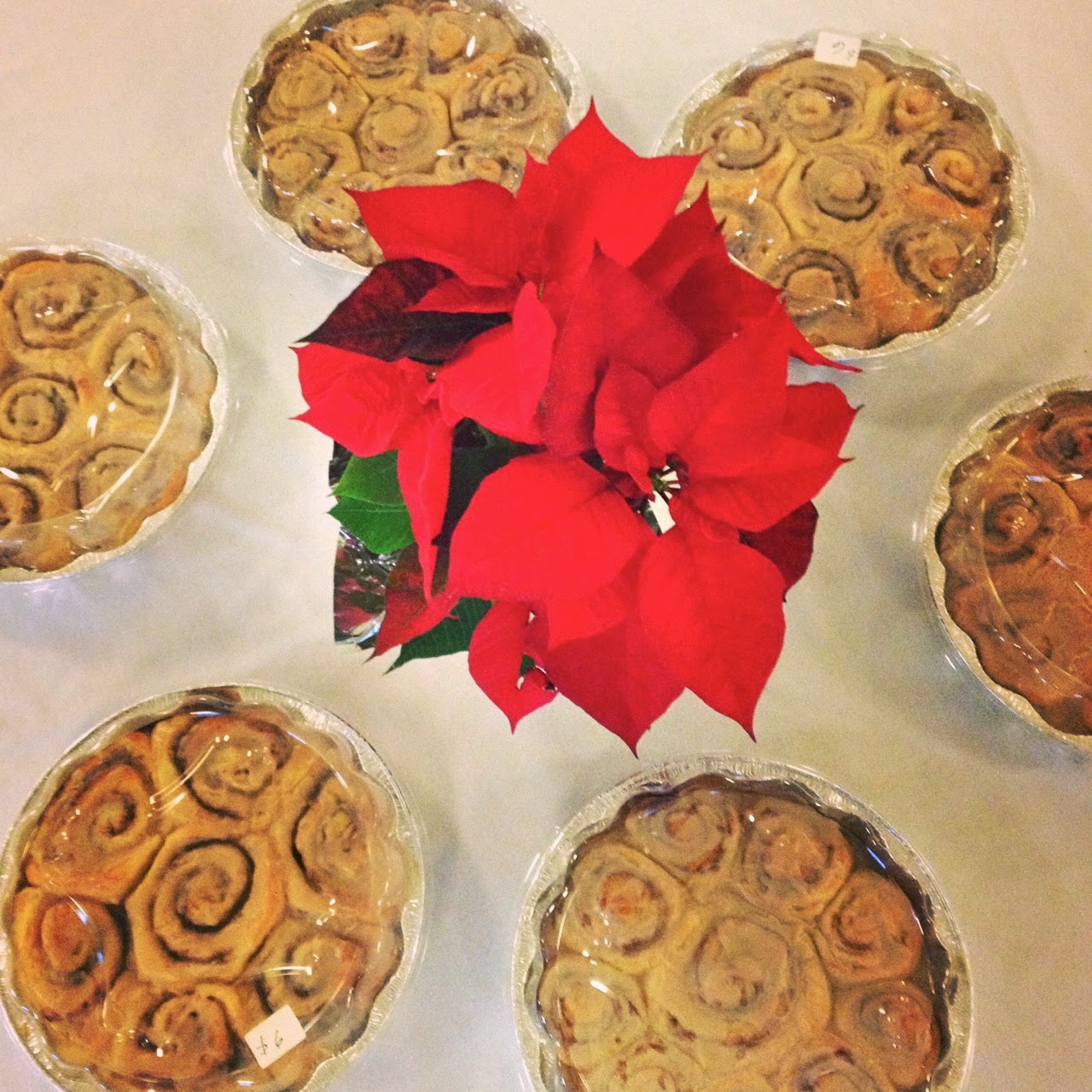 If you go to the Pioneer Woman's Cinnamon Rolls 101, you can print out the recipe right from there. Her photos are a huge help, too.

Heat the milk, vegetable oil and sugar in a large saucepan over medium heat to just below a boil. (In other words, scald it.)

Stir in 8 cups flour until just combined. Cover with a clean towel and let rise in a warm place for 1 hour. (I put mine on the counter and turn on the under-counter lights.) After an hour (the dough will hae risen and be puffy), add the baking powder, baking soda, salt and the remaining 1 cup flour. Stir to combine thoroughly. You can continue with the recipe now or  put dough in a bowl and refrigerate (covered) for up to 3 days Punch down the dough as necessary. You can also chill the dough for an hour to make it easier to handle.

Remove half the dough and roll out on a floured surface to about 30x10-inch rectangle. Dough will be thin.

Pour 3/4 to 1 cup melted butter over dough and use fingers to spread evenly. Sprinkle 1 cup sugar over dough, then sprinkle generously with cinnamon. You can add more butter or sugar if you need to.

Roll up the long side of the rectangle, rolling toward you, working slowly and rolling tightly. When you get to the end, pinch the other long edge to seal. You now have a long skinny "log."

Spoon a tablespoon of melted butter in each foil pan and brush to cover bottom. Slice the log into 1-inch slices. Place 7-9 slices in each pan, being careful not to crowd. Cover pans with clean towels or plastic wrap. Repeat with other half of dough.

Let stand at least 20 minutes. Uncover and bake for 15-17 minutes, until golden brown. (But not too brown.)

While rolls are baking, make the frosting:  Pour sugar into a large bowl. Add milk, butter, coffee, flavoring and salt and whisk until smooth. (Daddy-O did a great job here.) Taste and adjust flavors if needed. Frosting should be thick, but pourable.

When pans come out of the oven, immediately pour frosting over hot rolls. Be generous, covering them completely—all the nooks and crannies and around the edges. The rolls will absorb a lot of the frosting and they will look just right when they cool.


And that's it! Beginning to end took me about three hours. And I let the dough chill for a little while in the refrigerator before rolling. It isn't quite as much work as it sounds like, but do allow enough time. During the cooling and then the rising, I had time to do other things around the house.

Happy Birthday today to Daddy-O! Sorry that all the baking went to church. I'll make something just for you soon. Promise.

Hi, y'all! I love that you've taken time to tell me something here. Makes me feel like we're neighbors.

Lemon Bundt Cake If you need a dessert for this weekend, here is an easy cake from a new cookbook. When we went down for Baby Girl... 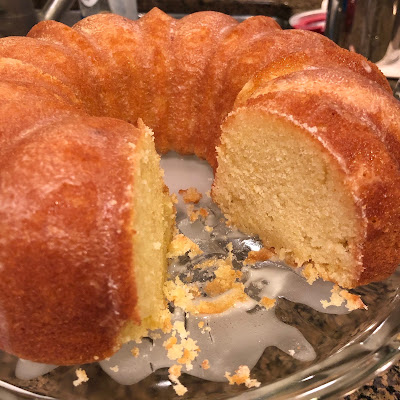