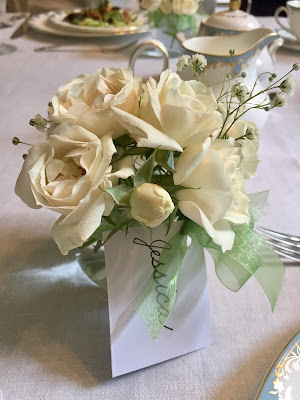 This past weekend was just lovely. Jessica and her soon-to-be mother-in-law came to the farm on Friday so that on Saturday we could all attend a luncheon given to honor Jessica. 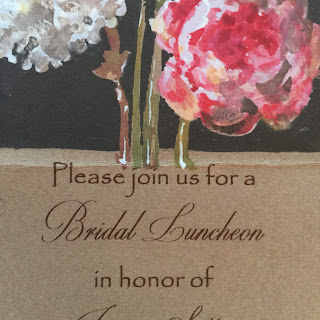 I have such good friends. Friends who know how to entertain in style. Most of the ladies attending had known Jessica since she was a child. It was fun for them to spend time with the "grownup Jessica." It was just the happiest afternoon. 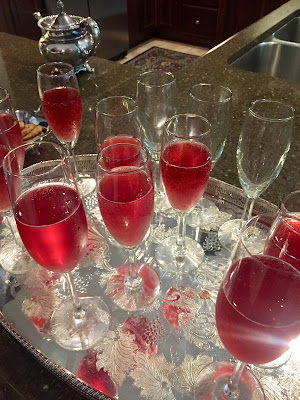 As the guests arrived, they were welcomed with a cranberry spritzer and the most delicious cheese wafers with cranberries and pecans. (I'll track down the recipe and share later.) 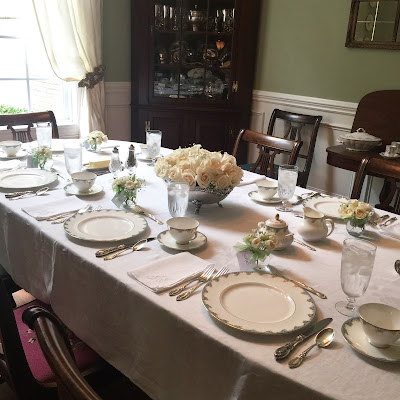 There were beautifully set tables were in several rooms of this most welcoming home. It was so special. I totally understand why people often entertain in restaurants now. All celebrations are worthy. But it was nice to be invited into someone's home. 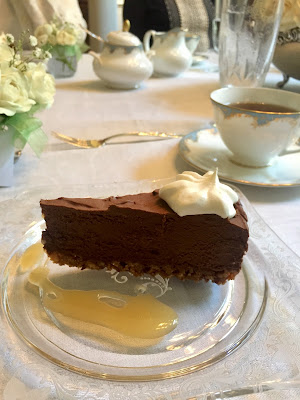 Except for these few photos that were quickly and discreetly made, cameras and phones were put away. And people visited. And lingered. Conversation. Laughter. Hugs. Smiles. It was the kind of afternoon that you tuck away in your memory to be enjoyed again and again.

Yes, people. Southern hospitality is real. It was good for the new mother-in-law to see where Jessica grew up and to meet the people who knew her then. She's Southern, too. In the South, we want to know "where you're from."

So. What did we eat? That would be what I'd want to know if I were a blog reader. First course was a green salad with sugared pecans and cranberries with a ginger dressing. Next came a shrimp-wild rice dish, spiced pears, broccoli and homemade rolls. Yes, homemade. And the dessert? Oh. My. Goodness. It was the best chocolate pie ever. The ladies who put this all together are famous in our town for their cooking and their hospitality. I am so happy they are my friends.

Email ThisBlogThis!Share to TwitterShare to FacebookShare to Pinterest
Labels: family