The Snow Is Following Me 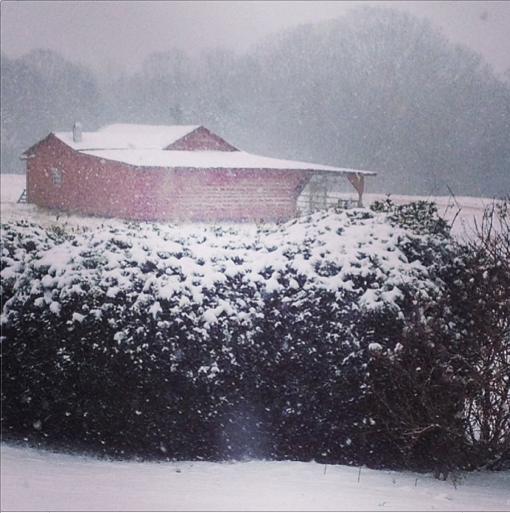 I must have brought the midwestern snow back home with me. I slipped and slid last week in the snow out there as I drove around. Even took a car service to the airport so that Mommy didn't have to get out on the slick roads to get me there. When I got home to the balmy temperature of 32 (it was 7 degrees that day where Mommy lives,) I thought I was done with the real winter stuff. But NOOOooo....Mother Nature had other plans. 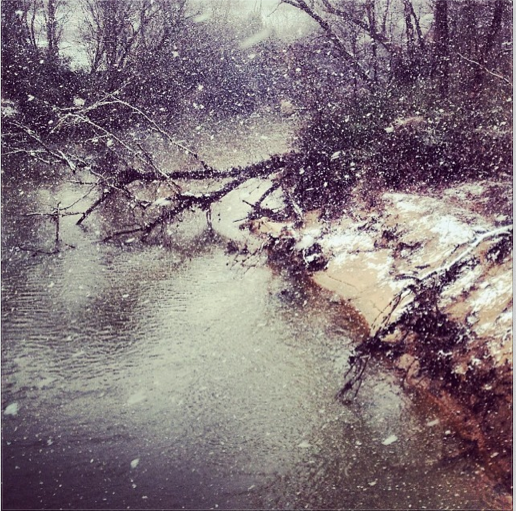 We are in the midst of an "historic" and "catastrophic" snow/ice event, says the weatherman. Yes, it has been snowing since yesterday (sleeting now) and it isn't supposed to stop until tomorrow. But we have not had a catastrophe. Let's hope it stays that way. 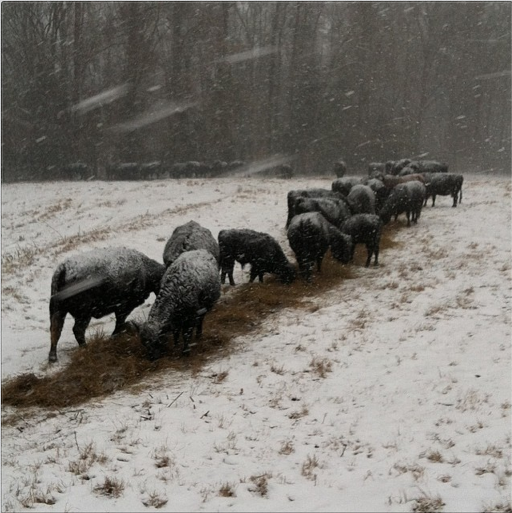 We are as well prepared as anyone. I made the mandatory "bread and milk" run on Monday, so the kitchen is stocked. When you live on a farm, preparation is necessary. The cows still have to be fed, regardless of the weather, so Daddy-O has to be able to travel, at least to the other side of the farm. 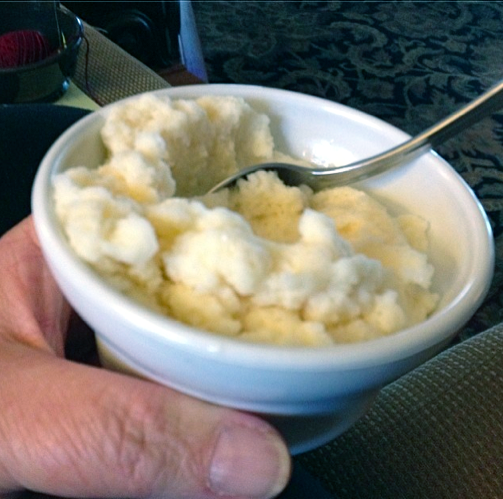 But after the chores were done today, we had a little snow fun—in the form of snow ice cream! I make it the same way my mother did. I didn't measure anything but I'll tell you pretty much what I did. If you taste as you go, it will be good.

Stir the sugar into the milk until the sugar dissolves completely. Stir in vanilla. Taste and adjust to suit you. Then spoon the snow into the milk mixture and stir. Keep adding snow until it "looks like ice cream." It will be soft, so eat it immediately.

(We set the bowl of leftover snow cream out on the cold porch until we were ready for second helpings.) 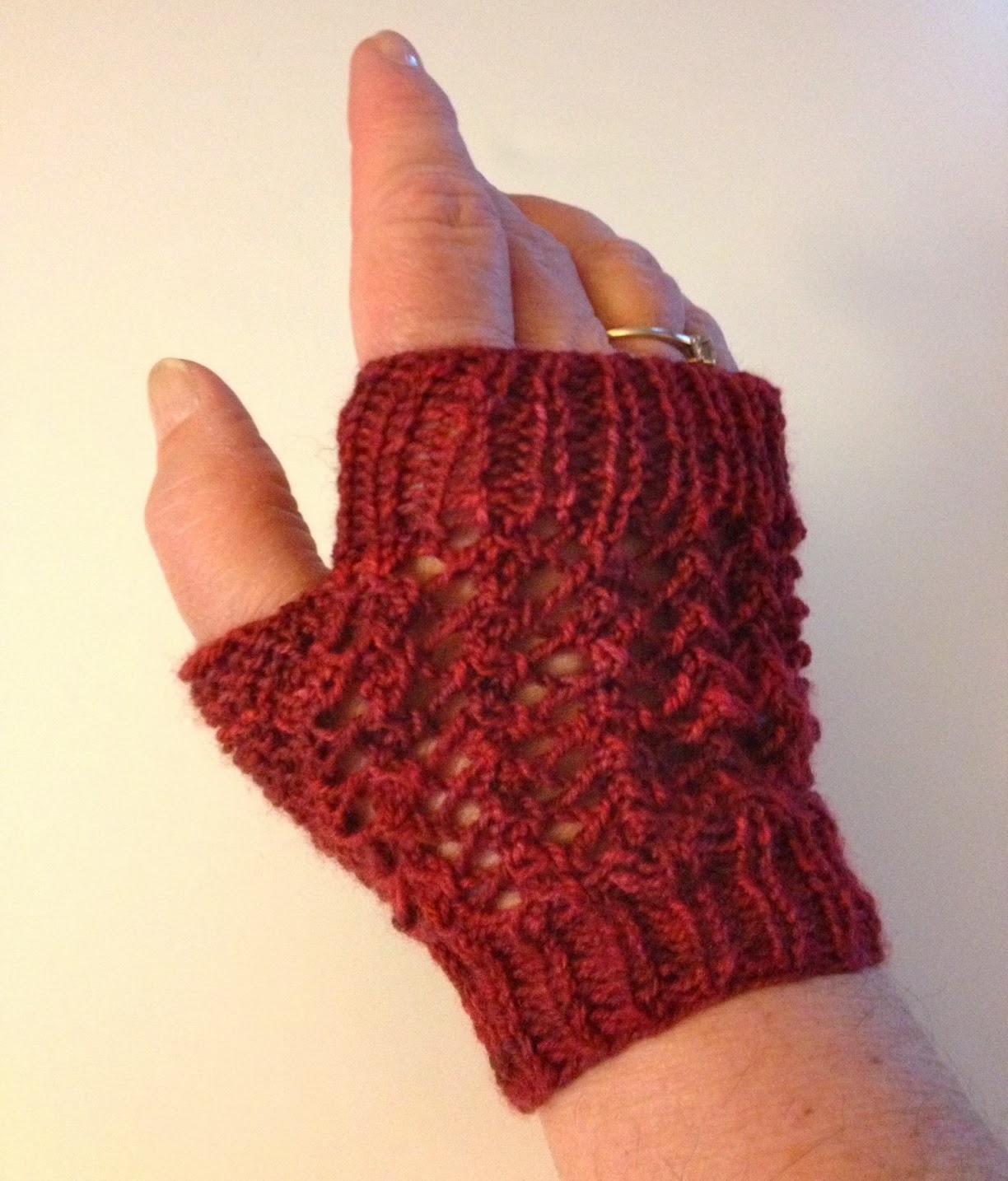 In between the Midwestern snow and the Southern snow, I squeezed in a couple of days over the weekend at Knit Inn 2014. I taught one class on how to fix knitting mistakes and I took two classes on knitting lace. The last class--the Sunday morning class--was learning lace by knitting these fingerless mitts. Such a fun way to teach a technique! Perfect for the last class of the weekend when everyone is so tired. I finished the first one this afternoon while watching it snow. I'm ready to start the other one tonight and hope to be done before the storm is over.

I was thinking about driving to the beach this weekend to meet up with friends who left yesterday to miss the snow. But at the rate I'm going, it would snow there!