Where Do You Find Your Recipes? 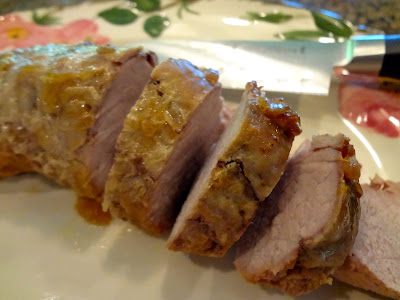 Where do you get your recipes? I remember my mother writing lots of recipes down on whatever piece of paper was handy—backs of envelopes, the reverse side of deposit slips, etc. She would get recipes from friends. She would copy them from magazines and the newspaper.

I was an avid cookbook purchaser. (Still buy one every now and then.) And I started watching cooking shows when Julia Childs was on and would try to write down the recipes as someone cooked on television. But as computers found their way into every home, recipes were easy to find online from magazines and the FoodNetwork site. Then came blogs with their endless stream of recipes. Next was Pinterest with gazillions of recipes pinned to boards. And in the last couple of months, Facebook has been overloaded with recipes that ask you to "share" to save them. Pretty sure we are all in recipe overload.

But every now and then, a particular recipe will catch my eye. We love pork tenderloin and have cooked it many ways. Our all-time favorite is the bourbon marinated tenderloin, cooked on the grill. But yesterday I thought this slow cooker version was worth a try because it fit into my day better—and I had all the ingredients on hand. Daddy-O was out on the tractor until supper time. I was busy with other things all day. So here is the recipe I saw on Facebook. It was easy and good enough to make again. 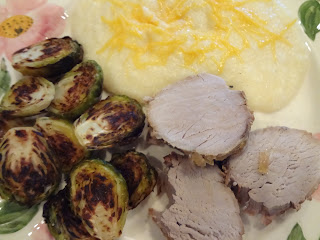 Put tenderloins in the crockpot. Mix remaining ingredients and pour over tenderloins. Cook on LOW for 6-7 hours.

I had planned to make mashed potatoes to go with it. But discovered right before dinner time that I was out of potatoes. Cheese grits made a good side dish instead. I kind of-sort of followed these directions. The grits were really good. I will make these again soon