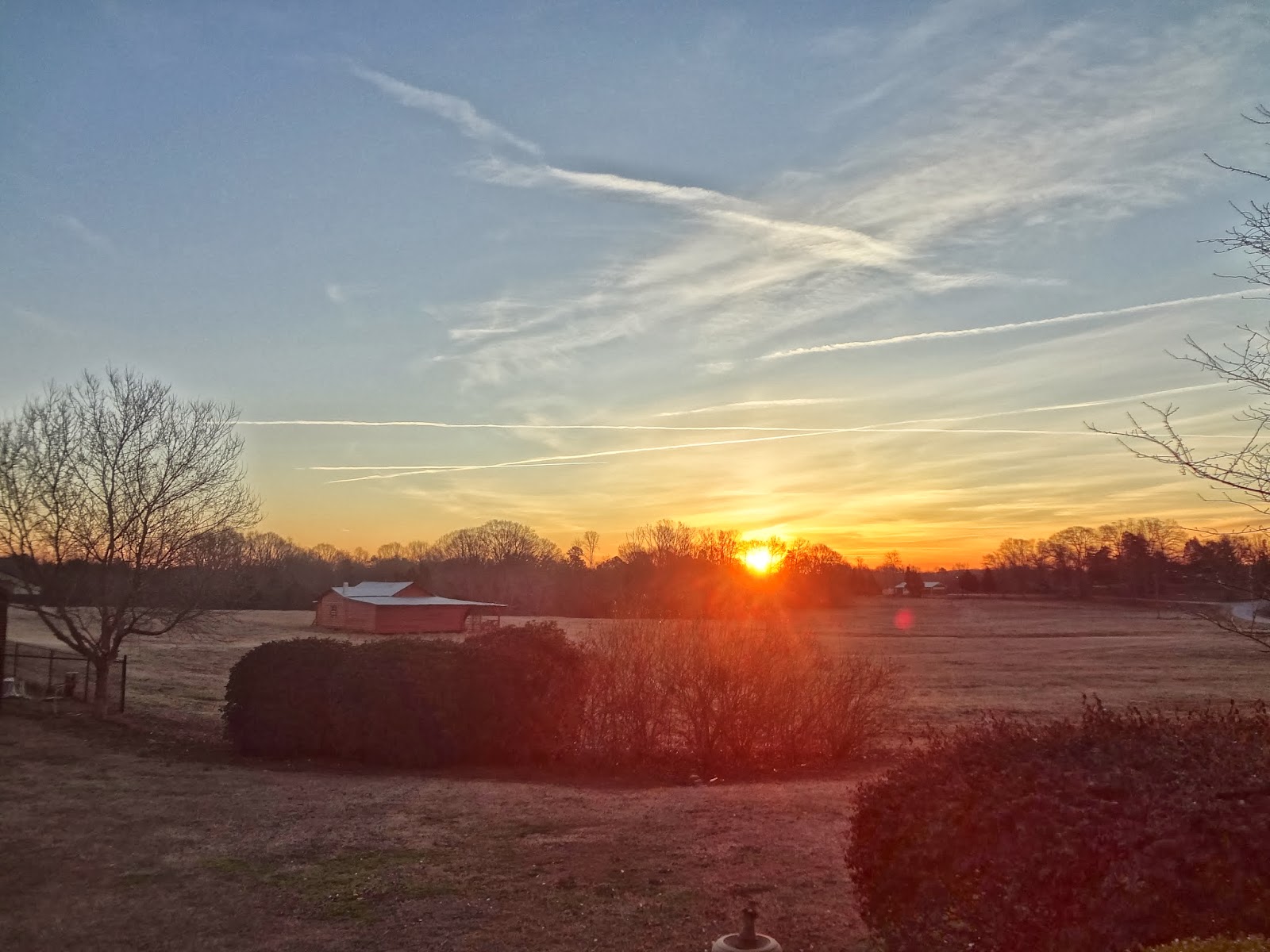 The sun rises every day over our barn. Many days I capture the moment. It reminds me that each day is a fresh start. I headed off down the interstate this morning for a quick visit with Jessica. It was time to catch up with her after a visit with Mommy, Big Sister and Little Sister last week. Of course, part of our lunch visit was me telling her about what I did last week with her sister and nieces. 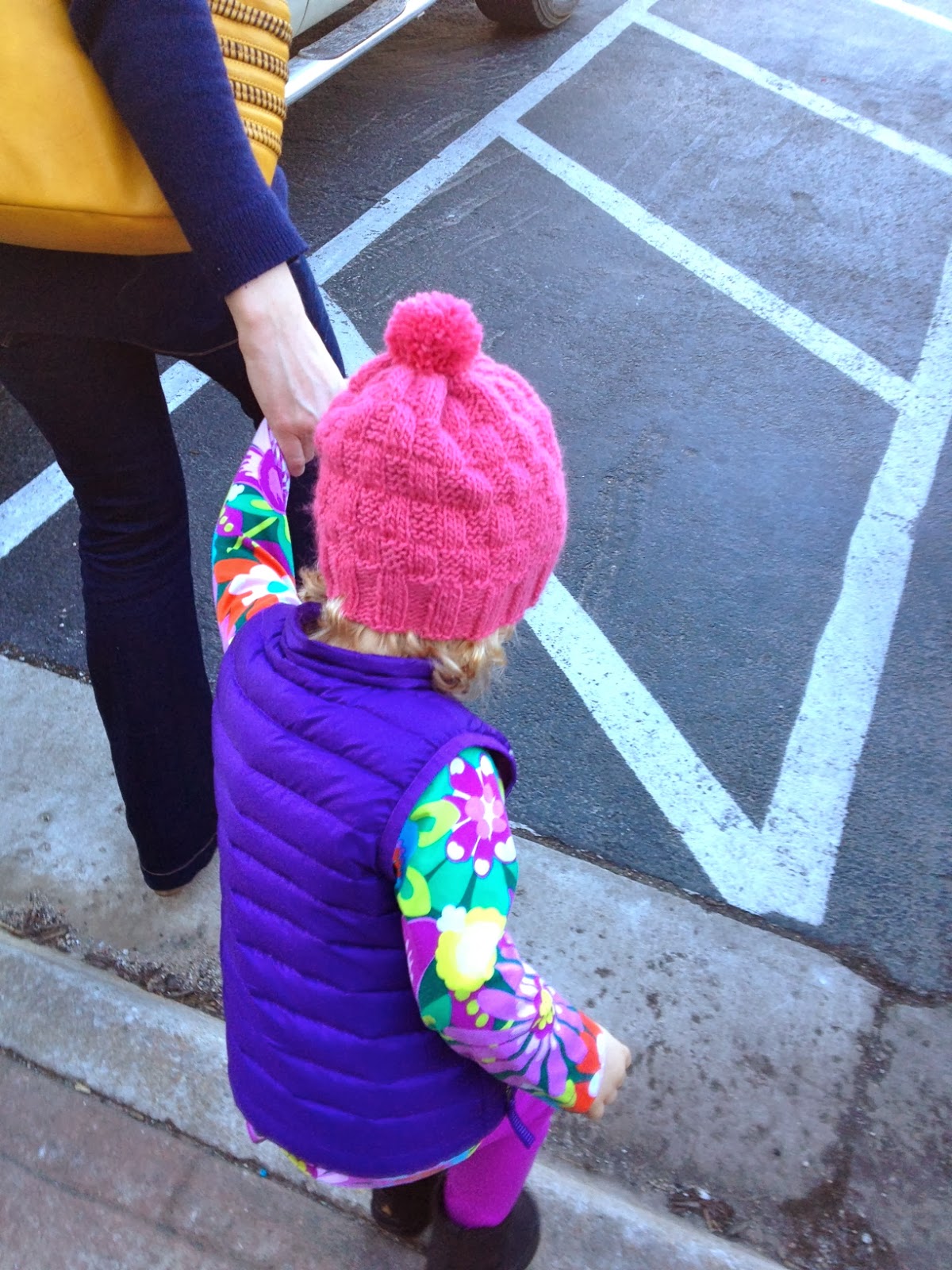 I did have fun making a grandmother visit for almost a week. The pink hat was a hit! And she needed a good warm hat for the cold weather they were having. 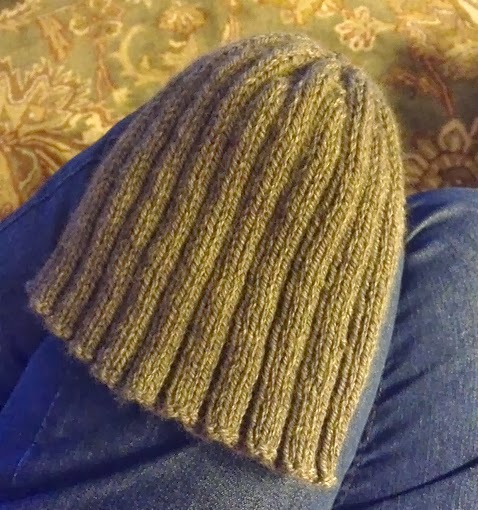 On the way from the airport we stopped by Mockingbird Moon, a wonderful yarn shop close to their house. Mommy knows what I like! I found a yummy new (to me) yarn and made a cap for Daddy while I was out there. I think he was the only one who had not received a handknit from me. Did he want a knitted cap from his mother-in-law? I don't know. But I feel better knowing that I haven't overlooked him.

Mockingbird Moon has a play space for kids, so it's always a good stop for Little Sister as well as for her Mimi. This trip the shop owner told her, "See you later, alligator!" as we were leaving. Since Little Sister only smiled, a customer responded with, "Afterwhile, crocodile!" But when we got home, she was all about the alligator/crocodile send-off. We practiced and practiced while I was there. She will be ready next time. We might just have to nudge the shop owner to say it again. 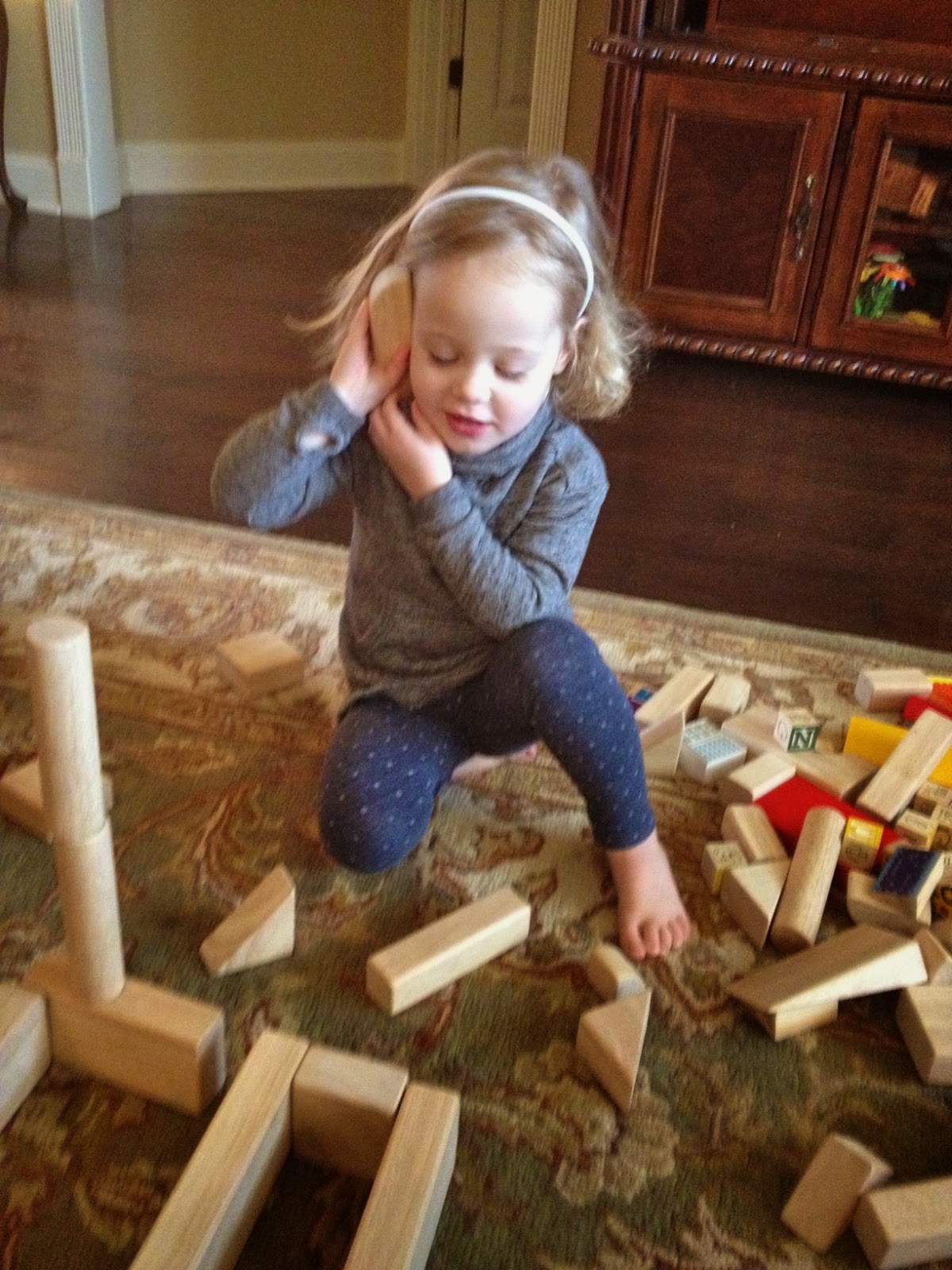 We spent so much time playing with the blocks. See the block at her ear? The top of it has a curve. Makes it look much like a telephone. (The little square block behind her was the keypad.) And it WAS a phone the whole time I was there. Little Sister had many long, involved conversations with "Kayci" every day. This one included an, "Oh, that sounds serious!" After she "hung up" I asked her what was serious. She told me, "Oh, Kayci got hit by a car." Yep, that sounds pretty serious. 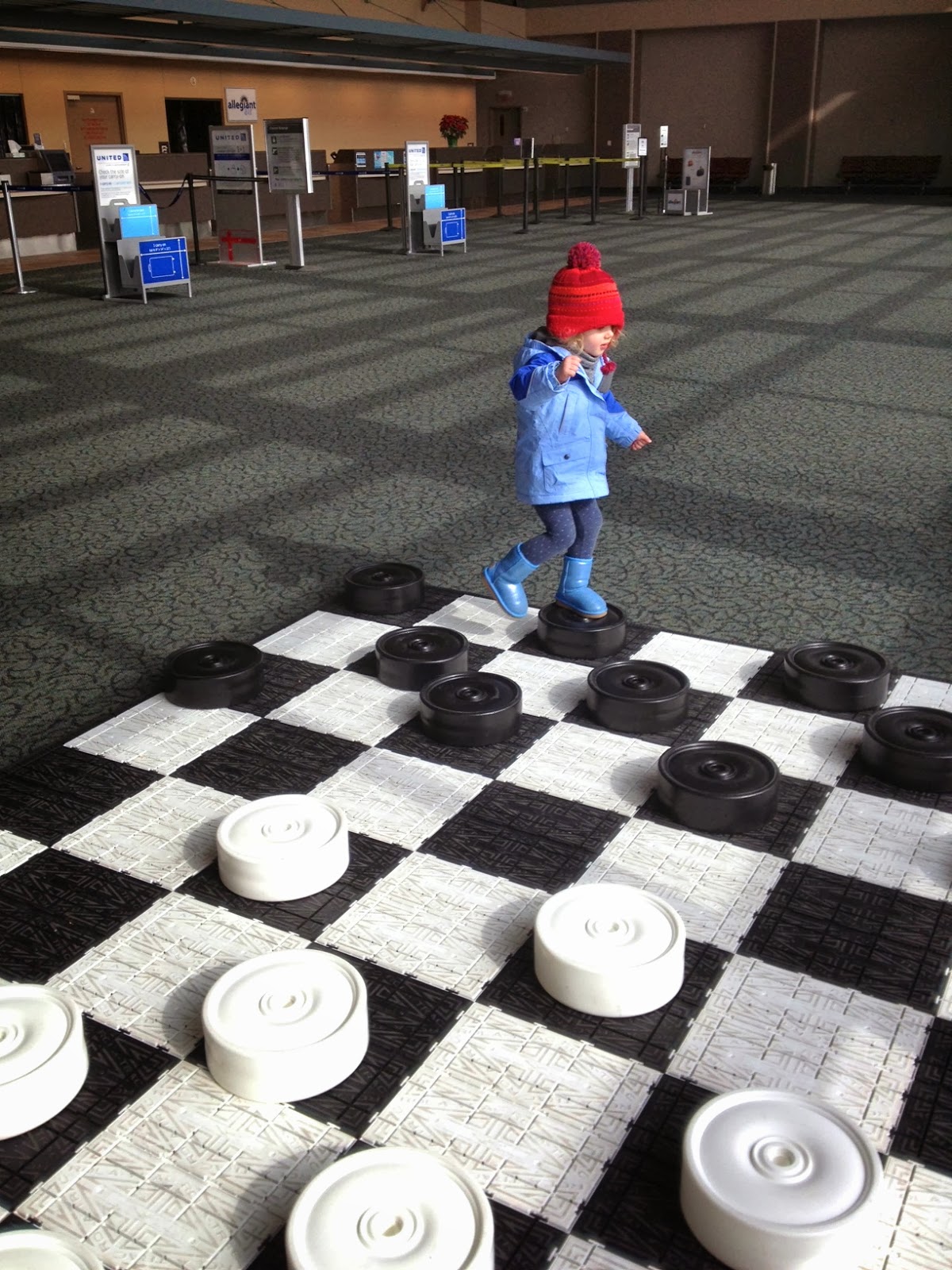 A trip to the airport is fun for Little Sister because this airport has giant checkers for her to play with. Or rather, play on. I'm glad it is a happy trip, even if I'm leaving. After the checker fun, it was time to say good-bye. Until next time. 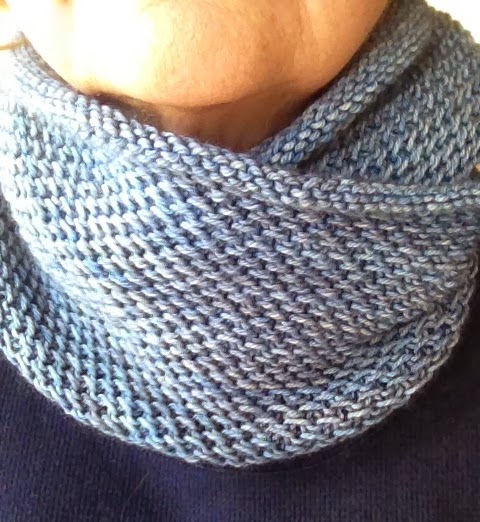 All of that airport time meant I finished this cowl soon after I got home. Put it in the mail yesterday as a very, very early birthday gift. Sleet is predicted for the birthday girl this week, so she should get it just in time. Should be a real surprise since her birthday is a couple of months away. But she needs it now!

Another endorsement for the Cauliflower Soup---I made it one night for supper while out there visiting. Little Sister ate her first bite, paused for a second, then waved her spoon for emphasis as she stated, "Now...THAT is good!" (The rest of them liked it, too. Big Sister even took a thermos of it to school for her lunch the next day.)