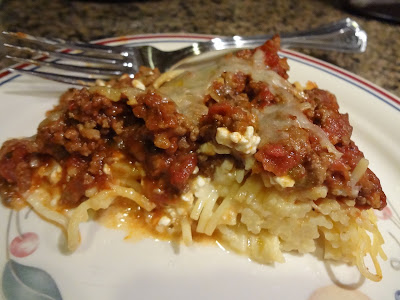 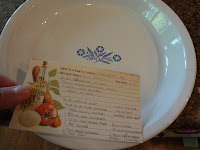 Remember this blue cornflower pattern of Corningware? It was the first one, I think. (Remember Mr. Peabody and his Wayback Machine on the Rocky & Bullwinkle Show?) Remember when we thought we would be cooking all of our foods in the microwave by now? Today I pulled out this old pie plate and an equally old microwave recipe. I used to make this spaghetti pie when my girls were small.

I have rewritten the recipe to make it suit today's kitchen. The original recipe was done completely in the microwave. The way we use a microwave oven has changed over the years. I was working as a home economist when microwave ovens first hit the market in a major way—a completely new way of cooking. Some people were ready to try it. Others were skeptical and thought it might be dangerous since it cooked with "radiation."

I did several microwave cooking schools in our town to teach people how to use this new-fangled gadget. Every class was packed, usually standing room only. I taught them how to cook turkey breasts, meat loaf, cakes, desserts, corn bread and all kinds of vegetable dishes. The microwave ovens were huge and often came with a temperature probe to let you know when the meats were done.

Well, here we are 30-something years later. Now we use our smaller microwaves mainly to pop corn, melt butter and chocolate, reheat leftovers and cook frozen dinners and maybe bake a potato. We don't use them as predicted, but use them we do. Not many folks want to be without one. 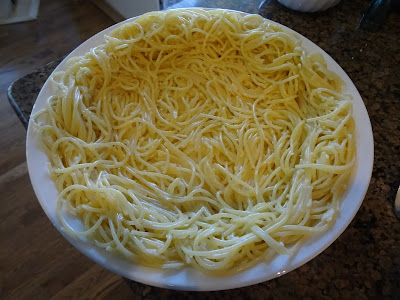 For this updated recipe, I do use the microwave to cook the spaghetti crust after it is pressed into the pie plate. Today I used meat sauce that I had in the freezer. I'll be honest—I don't always use the meat sauce part of this recipe. Ground beef and a small jar of marinara works. You just don't want a very "juicy" sauce for this, or you'll end up with a watery pie (like we did tonight when Daddy-O cooked it. It still tasted good.) 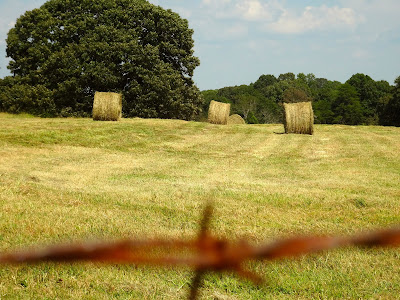 Tonight I won't be home until later, so my pie is all done and ready for Daddy-O to pop into the oven when he comes in from baling hay. 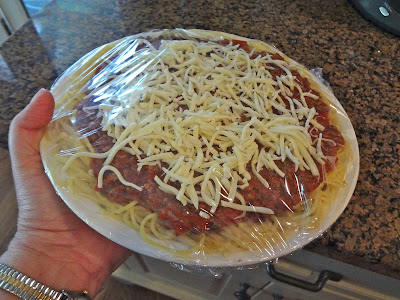 Cook spaghetti according to direction on the box. Drain. In a bowl, combine spaghetti, beaten egg, parmesan and mix well. Turn into a 10-inch pie plate. Press evenly into bottom and sides of pie plate to form crust. Microwave on HIGH for 1-1/2 minutes.

Spread cottage cheese over "crust". Spread the meat sauce over the cottage cheese, covering almost to the edge of spaghetti. Bake at 350 degrees for 20-25 minutes, or until heated through. Sprinkle mozzarella over the top and bake 5 minutes more. (It hopefully will cut into pie wedges to serve.)

If you are taking this out of the refrigerator to bake, cook it an extra five minutes or so. Just make sure it's hot all the way through. 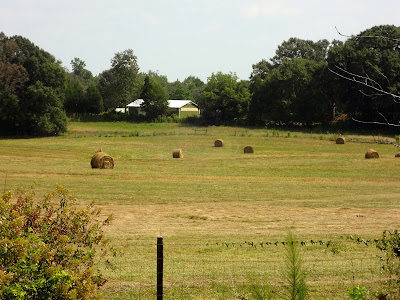