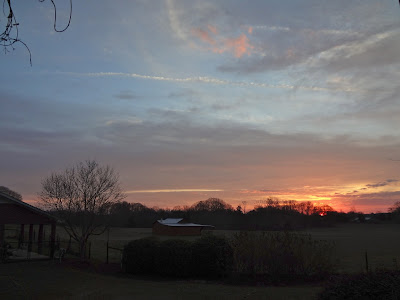 I love early morning. A few minutes of quiet before the day gets started. My work starts right after my second third cup of coffee. I had decided last week that this month is devoted to cleaning. That also includes cleaning the pantry, refrigerator and freezer. So today I wanted something simple for supper that didn't require lots of clean-up afterward. I have enough cleaning to do already.

I'm trying to use up what is is on hand. I had a pork loin in the freezer left from a buy-one-get-one sale before Christmas. I moved it to the refrigerator on Saturday so that it would be thawed this morning. A large cut of meat might take a couple of days to thaw. 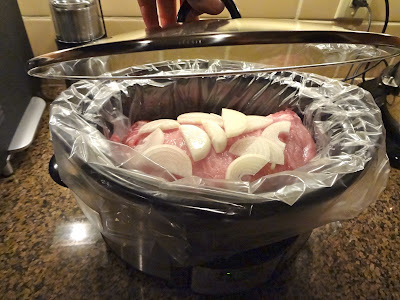 This is a recipe that I've made before, so I knew it would be good. No time to experiment today.

Place one sliced onion in crockpot. Put pork loin on top of onion and top with remaining onion. Pour ginger ale over all. Cook on LOW for 8-10 hours. 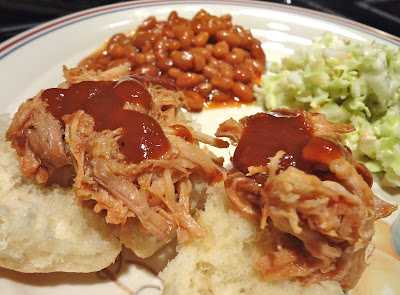 Tonight, because I am trying to use what's on hand, we had BBQ sliders (no buns, but had rolls in the freezer,) blue cheese cole slaw (because I'm out of mayonnaise and cole slaw dressing. Just add blue cheese salad dressing, salad cubes, a little sugar, a splash of vinegar, salt & pepper to chopped cabbage. Pretty tasty substitute. I'd do it again. When I'm out of mayo.) 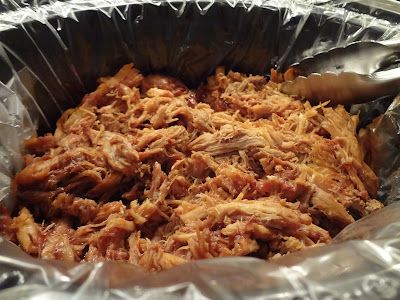 And I had enough pork left to put three packs in the freezer for later. If you've kept up with my recipes, you might remember I've also done a root beer version of this. It was delicious when I made it. but using it out of the freezer, we didn't like it as much. Freezing had intensified the root beer flavor and it overpowered the barbecue sauce. This ginger ale recipe, on the other hand, was even better from the freezer. Sometimes there isn't a way to know what happens when you freeze foods except to try and see.

The meals here could be really interesting by the end of the week if I really stick to my "use it up" plan for the rest of the week. I'll let you know if I come up with something interesting.

For the record...this house cleaning project has been kind of fun. Not much to write about or photograph, but fun.
Posted by Mimi at 9:06 PM